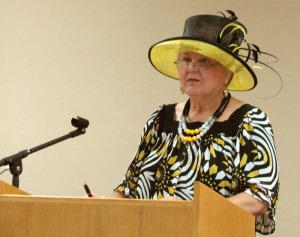 Let us all praise the public library in Brainerd, Minnesota! They and the Friends of the Library have a “brown bag” speaker program, in which an author comes over the noon hour on a Monday, and to which the local citizens are invited. They must work hard at it because there were more than forty interested people attending my talk yesterday. I think that’s the best turnout I have ever had for a daytime weekday talk. They were a fine crowd, too, laughing at the right spots and asking interested questions after. Plus we sold some books.

Public appearances are chancy things. You may do your best to publicize them, try to make your talk as clever as you can, dress up (or down) for it, and still be disappointed. Or you may casually agree to turn up for one, and be surprised at the enthusiastic turnout. I don’t think there’s a formula that guarantees a success – unless it’s getting a reputation as a gangbuster speaker. There’s a group of four mystery authors in my area that calls itself the Minnesota Crime Wave, who have an intelligent and hilarious routine they’ve taken on the road. If they ever turn up in your area, be sure to go see them. 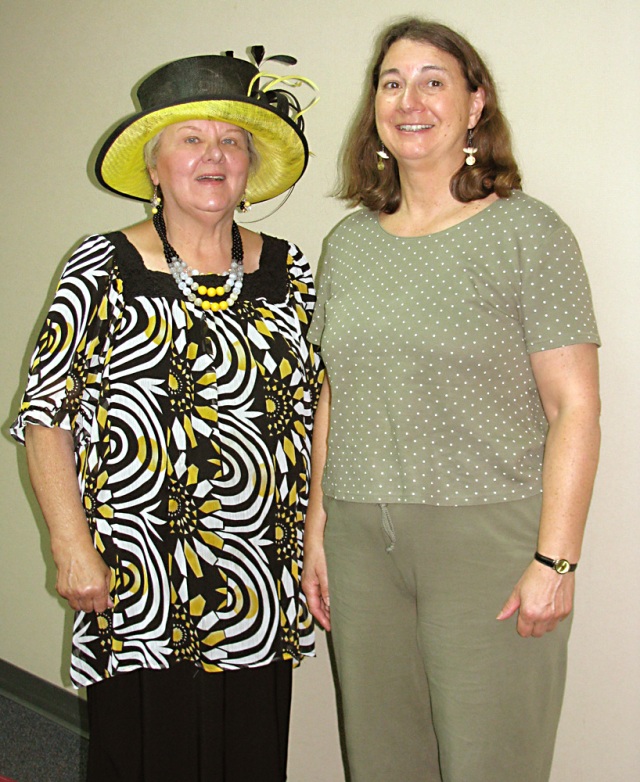 Rita was there also. She’s the owner of the cabin on Thunder Lake that figures so prominently in Buttons and Bones. Thanks again, Rita!

Professional Mad Scientist for several years. Retired.
View all posts by Ellen →
This entry was posted in Uncategorized. Bookmark the permalink.
Loading Comments...