Knit Your Own Murder 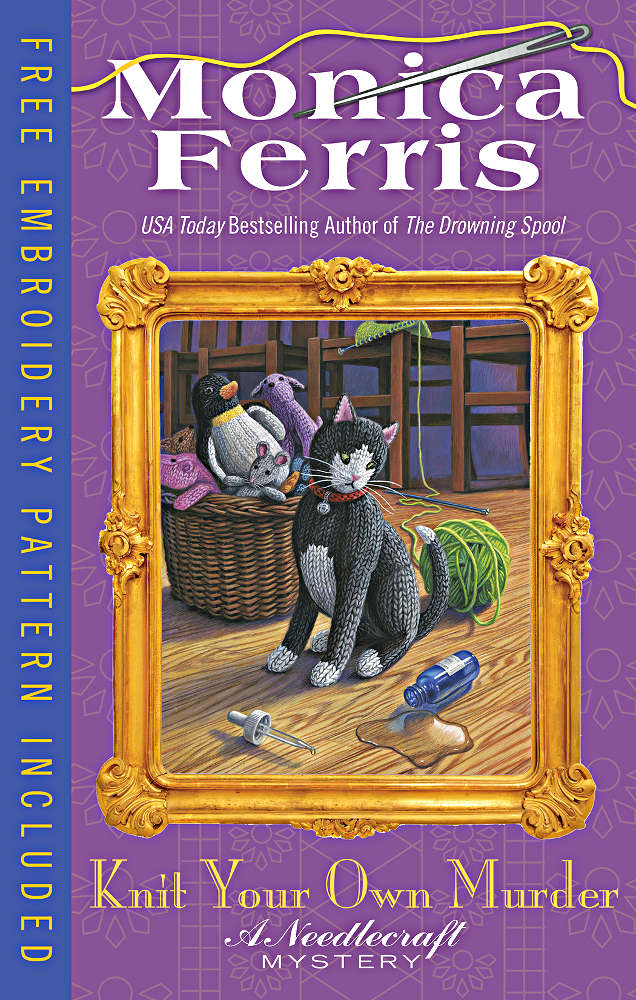 Joe Mickels sat alone in his big old car. He was a thickbodied man with a harsh face set on either side with long, old-fashioned sideburns. It was the last Tuesday in March, near the end of winter in Minnesota. The sky was overcast, the sun showing its location by a light spot in the clouds. The temperature was above freezing by two degrees.

Joe was tired; not just physically tired, but spiritually tired. Tired to his bones, tired to his soul. He had worked hard all his life, and what did he have to show for it?

There was the money, of course. Lots of money, actually. Once, that was enough. Every time he worked a deal successfully he got paid, so it became a way of keeping score. It was a game he was good at, and he had played it for a long time, racking up points, until he was so far ahead the numbers had become almost meaningless.

The problem was—and who would have thought it?— the money itself had also become meaningless. He’d never married, had no children, so there was no one standing by, eager for him to die and leave it to them—so they could blow through it in a couple of years and wind up on welfare. Or to rebel and go all anti-money and declare they didn’t want any of it. Or to be grateful for his ability to earn money because they’d inherited that trait themselves. Or to give him grandchildren to tease and love and spoil. There was no one to give a damn.

When he died, his money would dissipate like fog on a sunny morning.

He’d finally thought of a way to leave his mark, a good, solid method. He’d tried and tried and tried to make it happen—and failed. Two days ago he’d failed at what he thought was his last, and best, chance to build the Mickels Building right here in his hometown. A building that would stand for at least a century, maybe two, with his name proudly spread across the lintel. Now it was never going to happen. And he was tired, maybe too tired to care. Today was his birthday. He was eighty years old. A really big number, eighty. Until two days ago he hadn’t felt eighty. Hell, he hadn’t even felt seventy. But today he felt every year—every minute—of eighty.

When Joe Mickels was a kid, fifty was old. One foot in the grave, the other on a banana peel was how he would have described it. But nowadays fifty was still middle-aged. On the other hand, even today eighty was old. The chance to put his permanent mark on the world was almost certainly past. Eighty was summing-up time, not make-your-mark time.

He’d had one last shot at it, a beautiful shot, and almost succeeded. But he was spread a little thin right now, unable to convert holdings to sufficient cash quickly enough to get that property, to raise his bid past the soaring bids of Maddy O’Leary and Harry Whiteside.

He was almost depressed enough not to be angry.